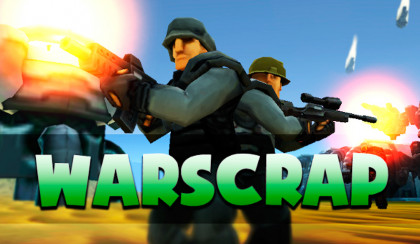 Warscrap.io is an awesome 3D defense battle IO multiplayer game available for smartphone and tablet users. You can download the game from iOS or Google Play Store free of charge. The main mission is to protect your base from the attacks.

How to play in Warscrap.io

You can do that by mining resources and preparing for the battle. The game is addictive and exciting, and it is the reason why many gamers play it on a regular basis. There is an option to play in a solo mode or you can make pacts with other players. That way the game might become even more interesting and battles more intensive.

Also, there is an opportunity to invade other territories destroying military bases of your enemies. Beware, others will defend their positions at all costs because the game ends if they lose. You can call your friends to play this game together. The multiplayer option allows that, so you should not miss it.


As Grizix we offer Warscrap.io unblocked servers on our page. You can download the Warscrap.io mods to upgrade the game of your taste and start playing Warscrap.io.