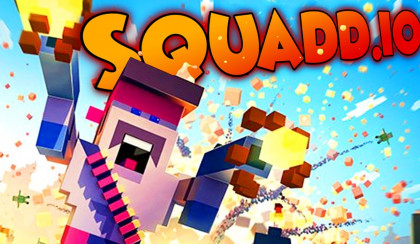 Squadd.io is one of awesome multiplayer adventure IO games developed by Playdigious. There are great features that transform a simple playing into an amazing experience. You can play against other gamers from different parts of the world building your skills and advancing to new levels.

How to play in Squadd.io

Players can choose between the team and solo battles, and there are 15 weapons including Sniper Rifle, M4, and Laser Gun. You can also select the best character for yourself among 22 of them. The game is simple and easy to play. You will quickly become accustomed to its functions and tricks.

It was previously available on various websites and gained great popularity. More than 5 million gamers have played it online. However, the game is now available for smartphone users as well. They can download it from the Google Play Store, for example. Squadd.io has always been a free game and the players have not been obligated to pay a penny before gaming.


As Grizix we offer Squadd.io unblocked servers on our page. You can download the Squadd.io mods to upgrade the game of your taste and start playing Squadd.io.