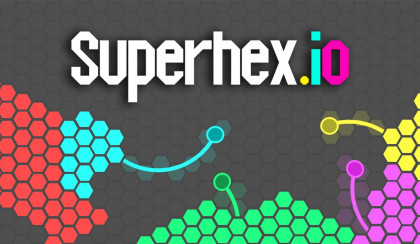 Superhex.io is an interesting multiplayer action IO game freely available for smartphone users. You can entertain yourself in free time by competing with other gamers from different parts of the world. Keep in mind, the game is exceptionally popular and almost million users have downloaded it from Google Store only.

How to play in Superhex.io

The main task is to conquer other territories by eliminating your enemies. However, you have to defend your territory as well because other players will certainly attack you and try to take over your land. Your character might die if they succeed to hit you. Other players are always maximally careful, so you should be in that mood too.

The game is developed, released and maintained by Tekko Studios. The last update was provided on October 2, 2018. The game requires a stable internet connection, and you cannot play the game without it.  The estimated size of Superhex.io stands at 20 megabytes.


As Grizix we offer Superhex.io unblocked servers on our page. You can download the Superhex.io mods to upgrade the game of your taste and start playing Superhex.io.